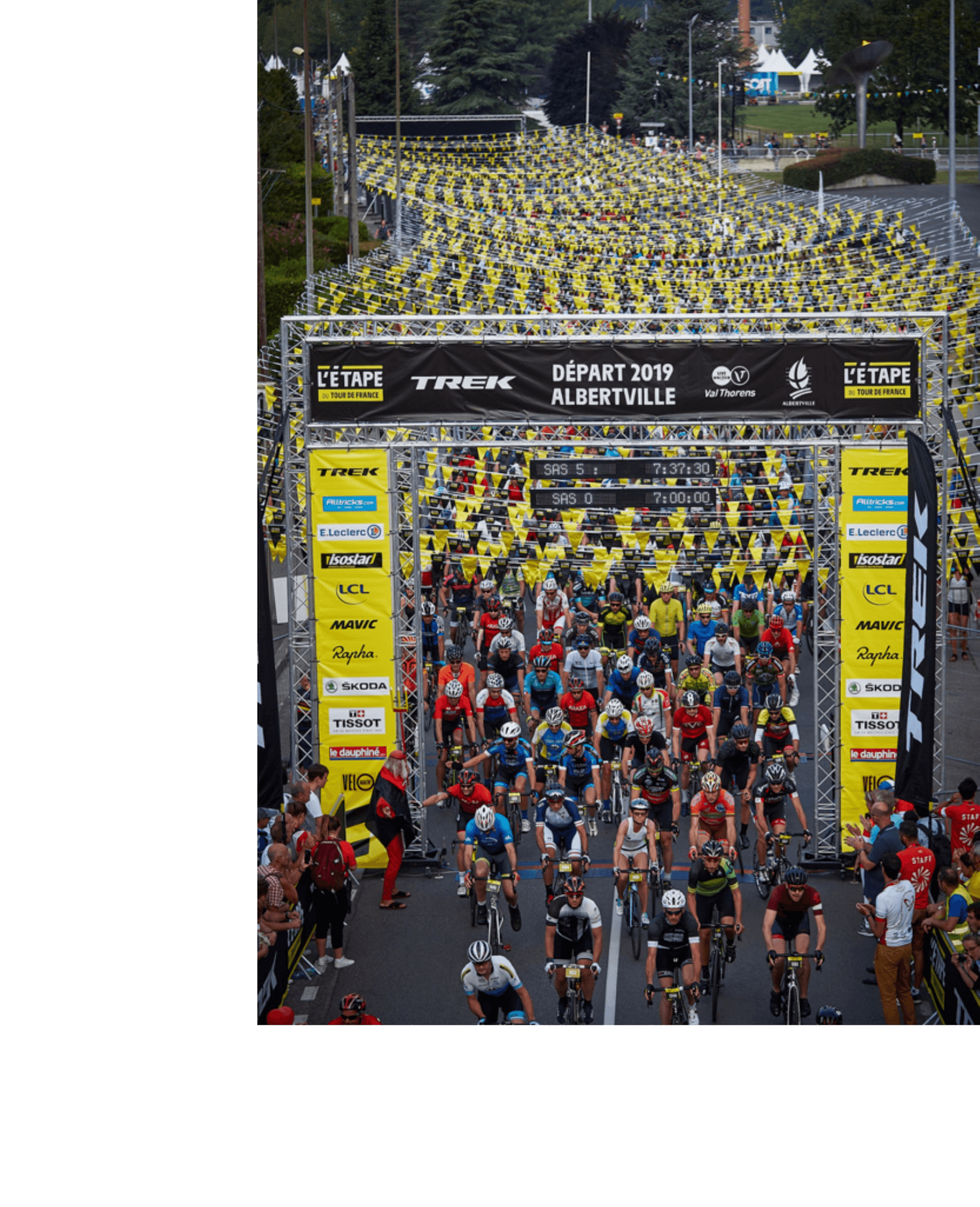 “The Tour de France is the world's greatest cycling race. Each year it is passionately followed by fans around the world so it has naturally given rise to L'Étape by Tour de France”, said Christian Prudhomme, Tour de France director. The series has now expanded to multiple international locations including China, Thailand, Mexico, Brasil and Australia. 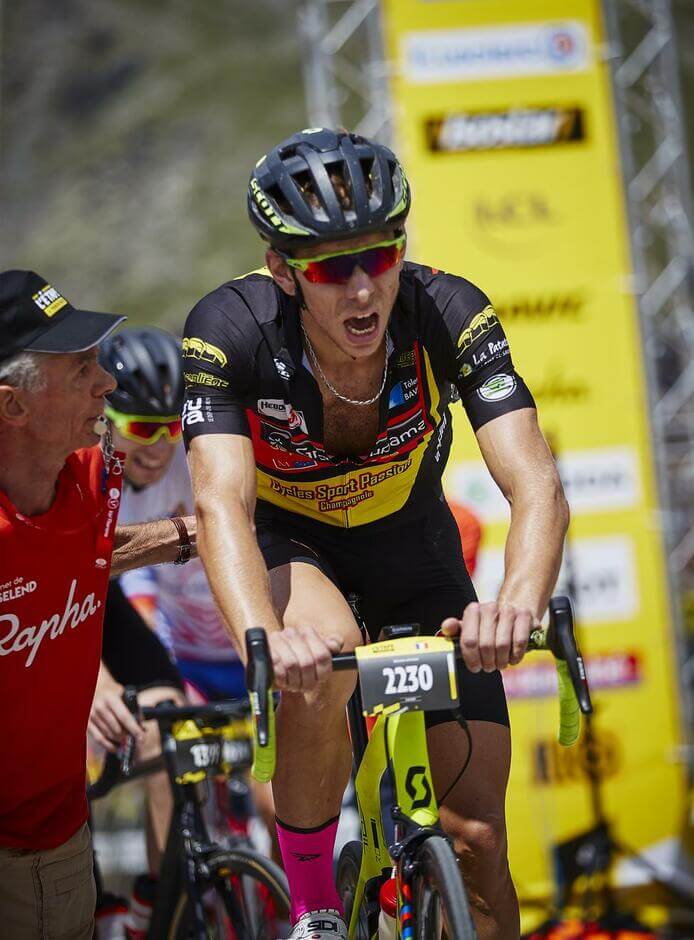 The only cycling event in the world allowing to race and feel like a Tour de France champion. 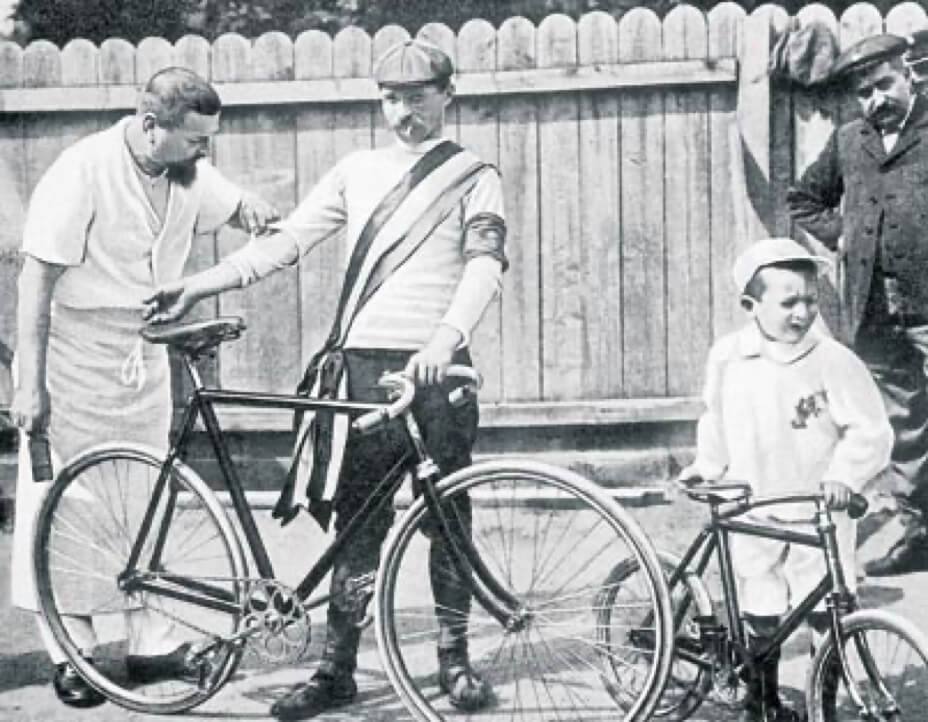 And so it was that, on 1 July 1903, sixty pioneers set out on their bicycles from Montgeron. After six mammoth stages (Nantes - Paris, 471 km!), only 21 “routiers”, led by Maurice Garin, arrived at the end of this first epic. After having completed the event circuit at an average speed of 25 km/h, Maurice Garin was rewarded with prize money of 6,075 francs, a handsome purse for the era. But most importantly, he was the first in a long line of champions. 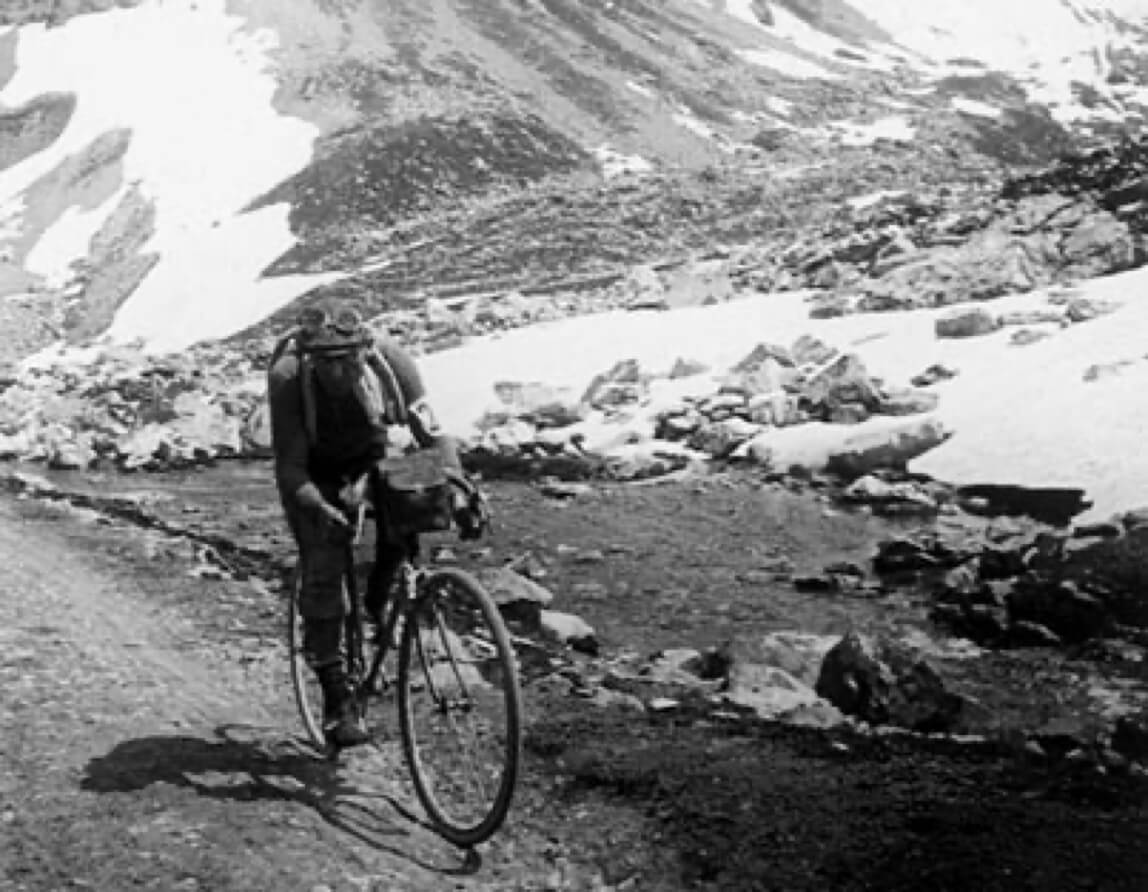 Having already tackled the Ballon d’Alsace (1905), the peloton now got to grips with the summits of the Pyrenees. The following year, the race journeyed up into the Alps to take the Col du Galibier mountain pass. 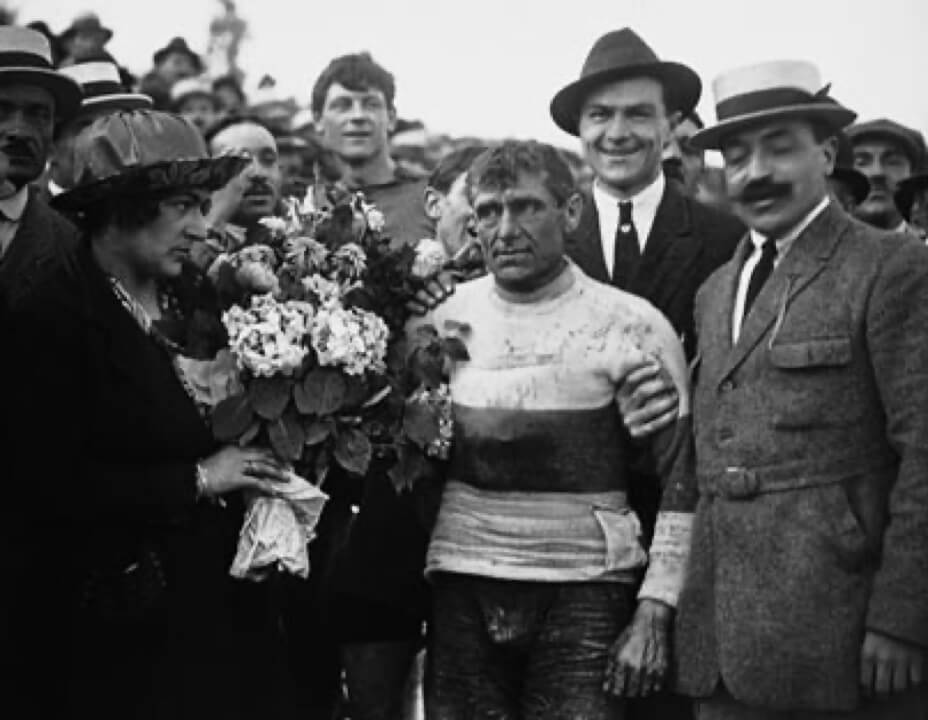 Creation of the Yellow Jersey

The first Yellow Jersey, indicating the leader in the general classification, was issued to Eugène Christophe in Grenoble. The choice of colour evoked the paper on which L’Auto magazine was printed. 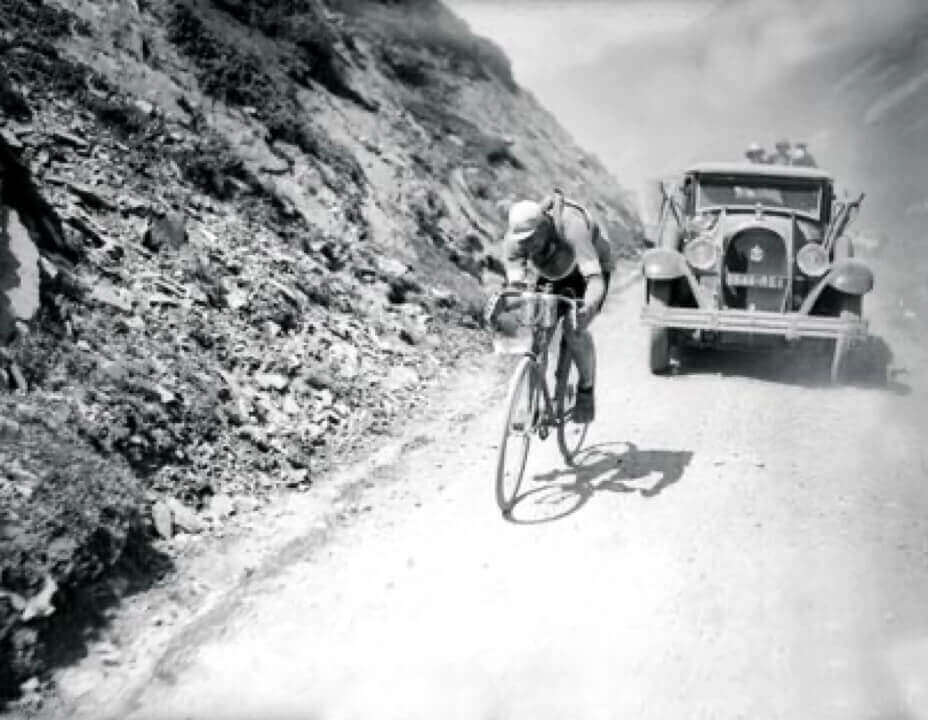 In an era when the Davis Cup was dominated by the famous Mousquetaires of French tennis, the peloton was also stirring up plenty of patriotic sentiment. André Leducq was the overall winner of Le Tour and Charles Pélissier triumphed over eight stages. This was also the year that the publicity caravan was created. 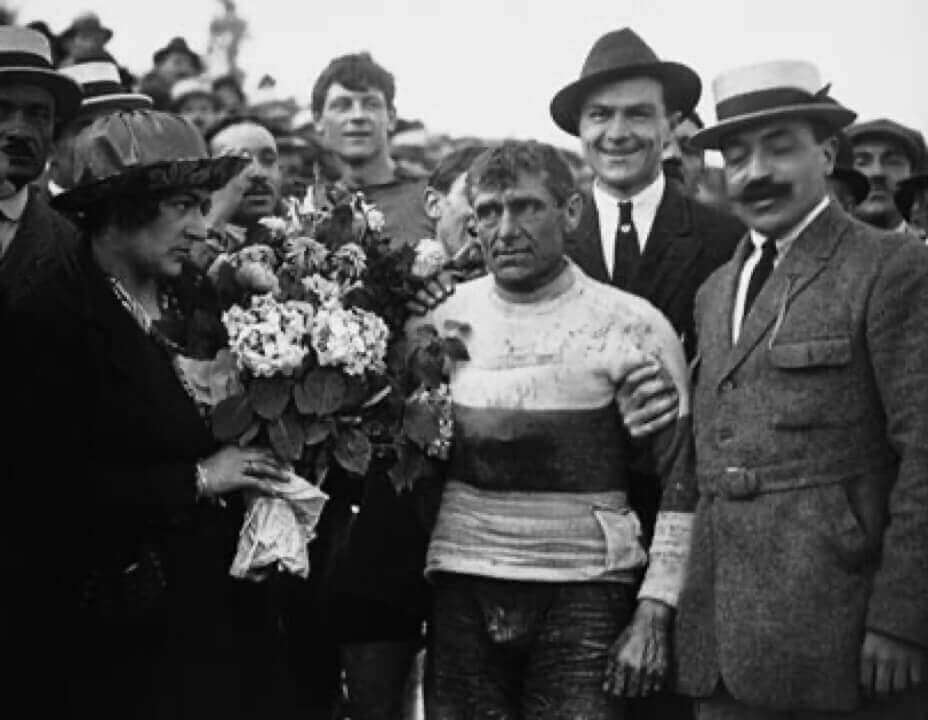 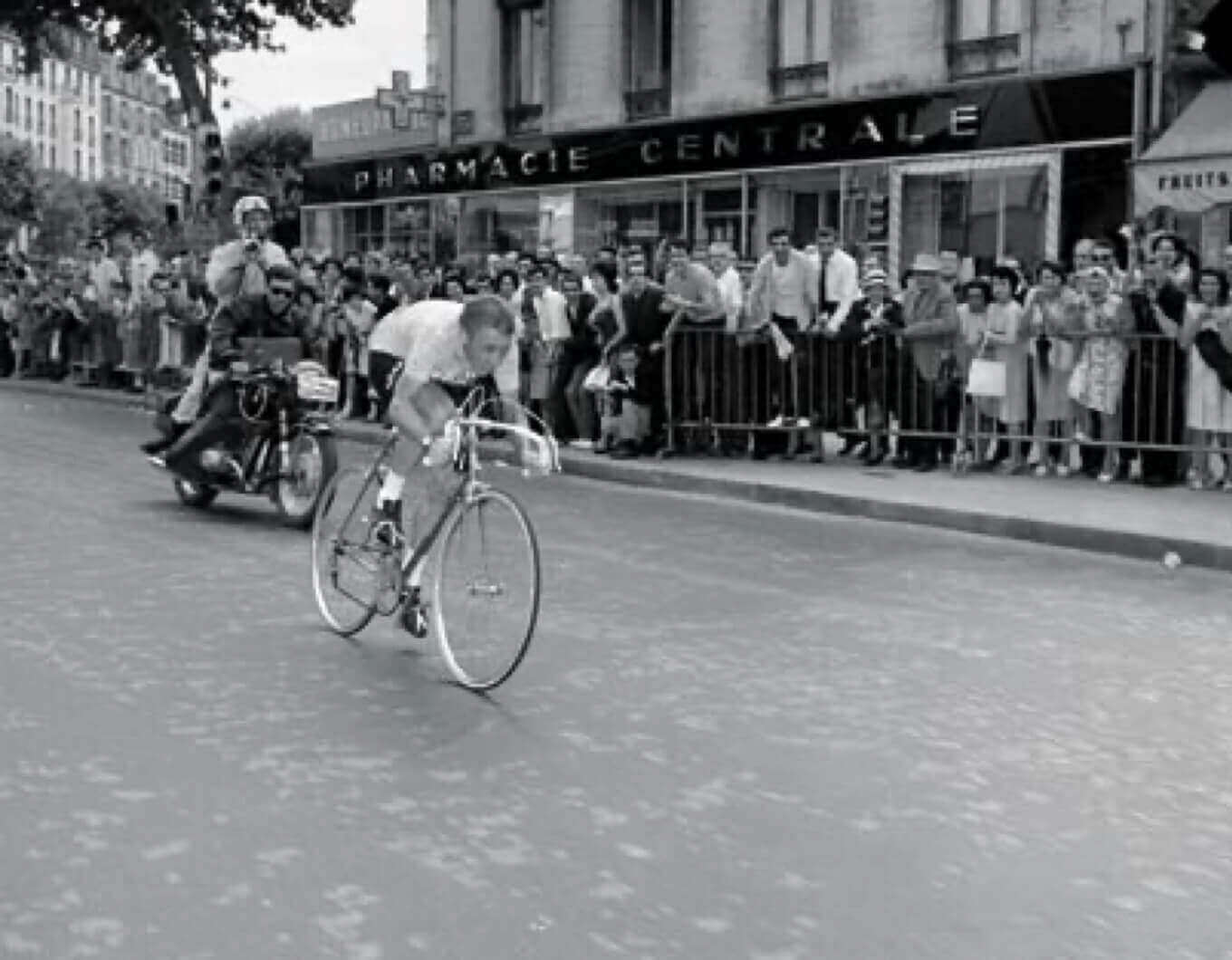 He will later be joined in this exclusive club of five-time winners of Le Tour by: - Eddy Merckx, known as “The Cannibal” (fifth victory in 1974). He is also the only rider to have won all the separate classifications of le Tour - Bernard Hinault (fifth victory in 1985). He is still the last Frenchman to triumph in the event. - Miguel Indurain (fifth victory in 1995). He became the first rider to win Le Tour five times in a row. 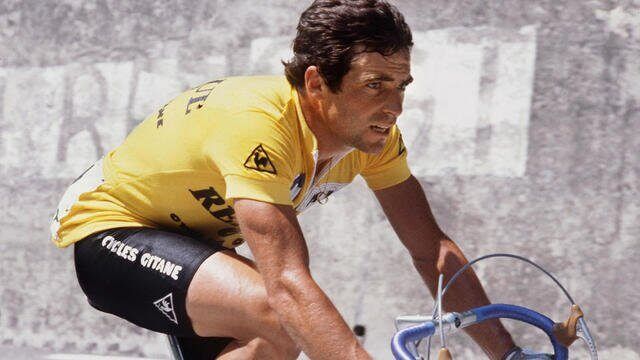 After suffering a spectacular fall at the finish of the 14th stage in Saint-Etienne, Bernard Hinault still managed to seal his fifth Tour victory. He remains the last French rider to take the title 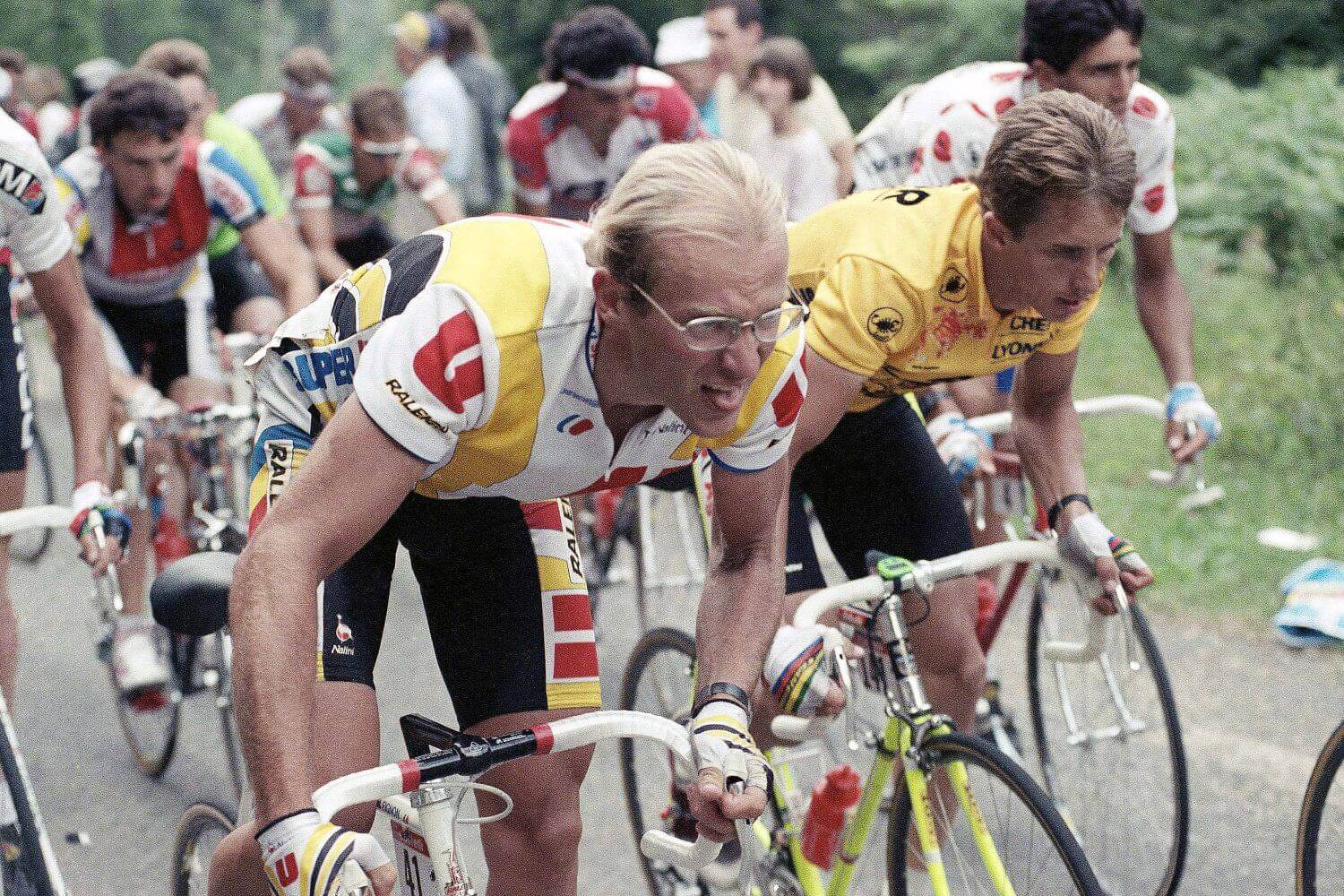 Just 8 seconds separated Greg LeMond and Laurent Fignon! It was all to play in the final time trial between Versailles and the Champs-Elysées. It remains the closest winning margin in the history of the Tour. 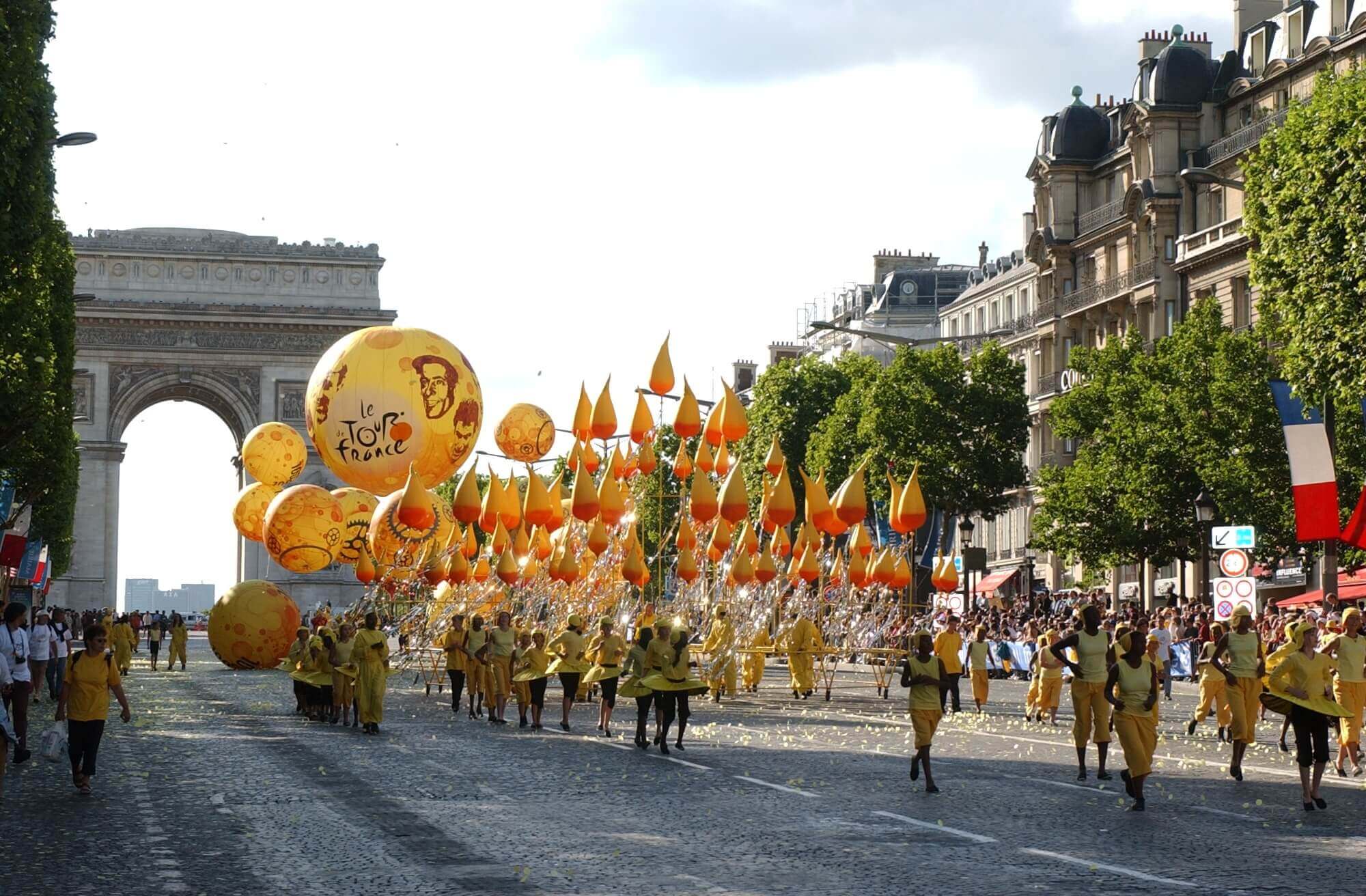 The Tour celebrates its centenary

The Tour celebrated its centenary. After a prologue in Paris, the start of the first stage took place exactly where it did in 1903, in front of ‘’Le Reveil Matin’’ café in Montgeron

The Tour de France celebrates its 100th editon. With the Grand Départ taking place in Corsica, all departments in Metropolitan France have now played host to the Tour.

For his first participation, the 21 years old Slovenian rider Tadej Pogačar won the 2020 Tour de France. He is the youngest winner since Henri Cornet in 1904.

And More To Come

Our partners Make it happen